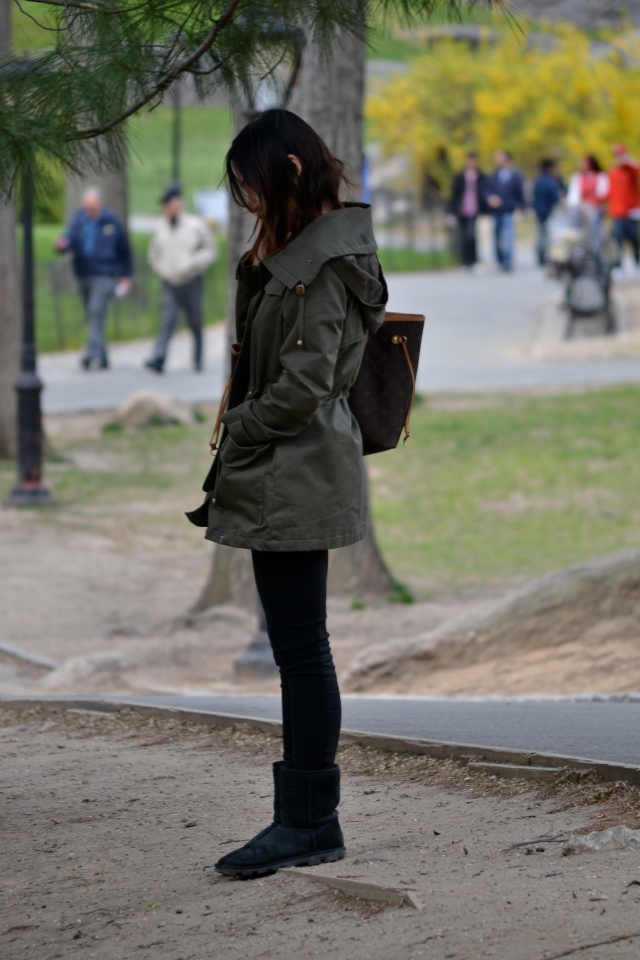 A girl sports an olive drab trench, while standing under a tree in Central Park.

Olive drab is the new pink!  No longer is it reserved for Vietnam Veterans or rebellious teens, as clothing companies make the military color their own.

Dating all the way back to the end of the 19th century, olive drab is a well known, yet dull color.  The word “drab” literally means, “Lacking in brightness or interest; drearily dull.”

In the beginning of the 20th century most military powers began moving away from the bright colored uniforms of years passed, and into an age of camouflage.

However it wasn’t until World War II, when practicality prevailed, that the modern Battle Dress Uniform (BDU) began to take shape.  Though not designed by Hugo Boss, like the German SS uniforms, the US field uniforms were simple and sensible.

The most popular, and well known, field jacket was born in 1965.  The Vietnam era M-65 was not only worn by those fighting the war, but by those protesting it as well.  Photographs of people like Abby Hoffman, Jerry Rubin, and Country Joe McDonald wearing the M-65 while protesting the war in Vietnam circulated the globe in the 1960’s.  This media recognition of the protestors and Vietnam veterans in their olive drab field jackets really set a trend for years to come.

Since I began taking pictures for this blog, I have noticed, more and more, the reemergence of olive drab.  In my past two outings, alone, I have seen, pants, shirts, overcoats, and the old standby field jacket all cast in Olive Drab.  Olive Drab is the new color this year as designers dip back into the closets of their youth and rework an icon. 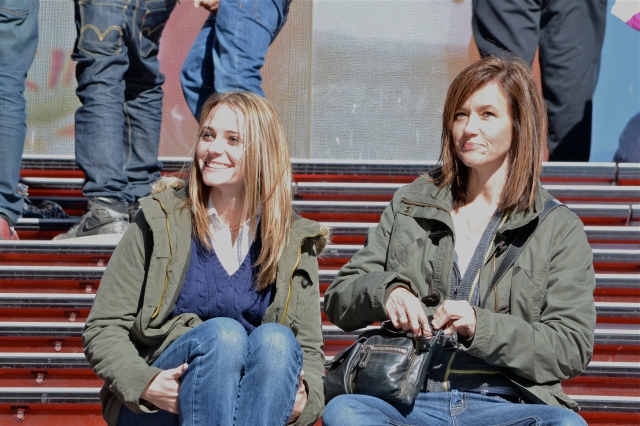 This mother/daughter pair don similar olive drab coats, while taking a seat on the risers in Time Square. 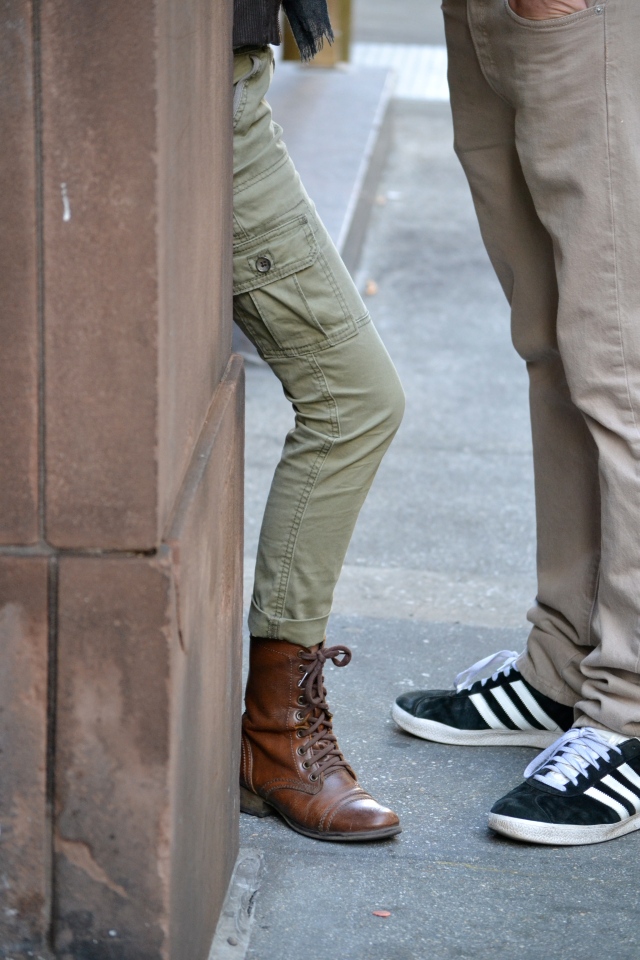 This girl paired olive drab cargo pants with brown leather combat boots, to give an authentic, yet stylish, appearance.

This gentleman wears a waterproof olive drab jacket over his suit; keeping him warm and dry, while waiting for the bus. 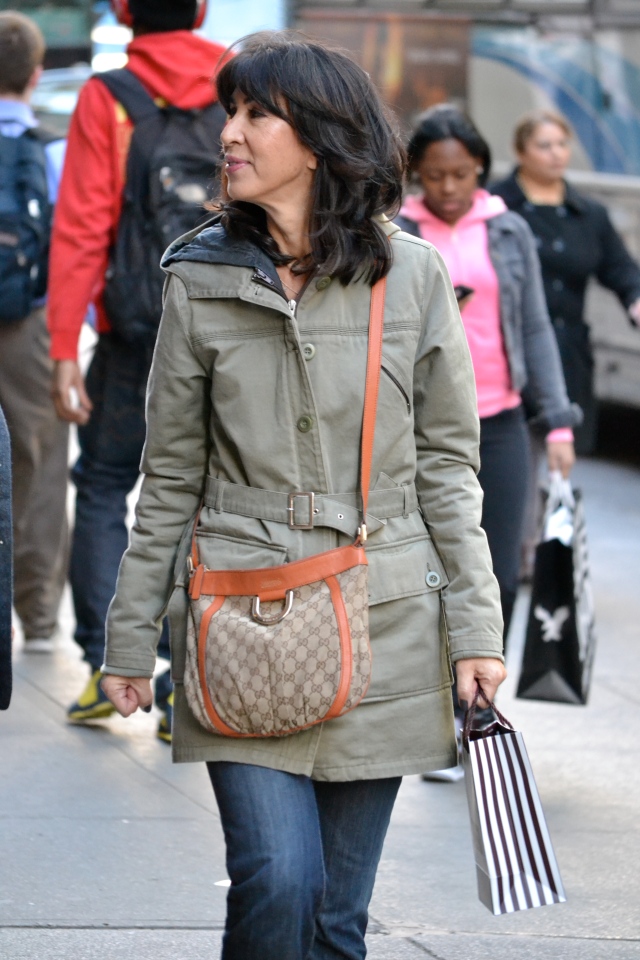 A Gucci messenger bag gives a touch of refinement, while wearing an olive drab trench.

This olive drab shirt is perfect for this time of year. Wear the sleeves long when it's cold, or roll them up when it gets hot.

One thought on “Life Has Really Become A Drab (An Olive Drab)!”

What are your thoughts on this outfit? Cancel reply